Doing the Beats: Kerouac, sexuality and On the Road 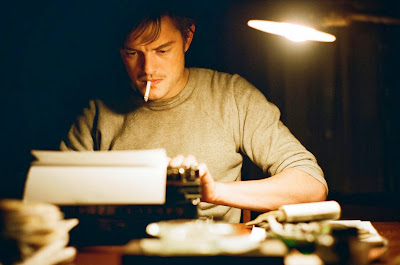 It’s not hyperbole to say that the Beat Generation – a small coterie of writers who met up in New York City in the spring of 1944 – changed the world.

Without their individual quests for personal freedoms – a quest for sex and drugs before there was rock and roll; a quest which spawned the western world’s first counter-culture, the beatniks – the hippy movement of the Sixties would never have happened, and punk would have been a quiet snarl rather than a global reaction.

Of all the Beat Generation writers, Jack Kerouac, author of the autobiographical beatnik bible, On the Road, is unequivocally the most famous. Born in Lowell, Massachusetts in 1922, to working class French-Canadian parents, Kerouac aspired to be a writer from a young age, though he was also a keen football player. Indeed, it was a football scholarship to Columbia University which initially drew him to New York, where he first met the young poet and visionary Allen Ginsberg, heroin addict and aspiring author William S. Burroughs, and most importantly, the charismatic, sexually rapacious car thief Neal Cassady, who would become his muse.

Inspired by Cassady’s companionship, Kerouac hammered out the first draft of his most famous book on a single, long scroll of paper between April 2 – 22, 1951; a novel he’d been working on in one form or another since at least 1948.

When it finally saw publication in 1957, On the Road had undergone significant changes from Kerouac’s free-flowing initial manuscript: some passages were rewritten or entirely excised, and his characters were renamed (Kerouac himself became Sal Paradise, Cassady became Dean Moriarty, Ginsberg became Carlo Marx, and Burroughs become Old Bull Lee). Most significantly, descriptions of sexual acts deemed obscene by 1950s standards were watered down or deleted entirely, such as an early passage describing the fledgling relationship between Ginsberg and Cassady:

‘Allen was queer in those days, experimenting with himself to the hilt, and Neal saw that, and a former boyhood hustler himself in the Denver night, and wanting dearly to learn how to write poetry like Allen, the first thing you know he was attacking Allen with a great amorous soul such as only a conman can have. I was in the same room, I heard them across the darkness and I mused and said to myself “Hmm, now something’s started, but I don’t want anything to do with it.” So I didn’t see them for two weeks during which time they cemented their relationship to mad proportions.’

Brazilian director Walter Salles’ long-awaited screen adaptation of On the Road reinstates much that was later excised from the novel.

‘I was immediately struck by the urgency and immediacy of [the original scroll],’ Salles says in the film’s production notes:

‘The first sentence already heralded a different type of narrative. The version published in 1957 began: “I met Dean not long after my wife and I split up.” The scroll begins differently, “I first met Neal not long after my father died.” The hero of the scroll has just suffered a loss that compels him to go forward. The search for a father is a vital theme in the scroll, even more so than in the version published in 1957. This is a theme that has always interested me, and it became one of the motors driving the adaptation.’


As well as returning to the novel’s original heartbreak, Salles’ film also reinstates much of the sex that was excised from the published version of On the Road. We never see Marx/Ginsberg and Moriarty/Cassady actually fucking, but the film leaves us in no doubt that the pair were definitely lovers for a time.

The question of Kerouac’s own relationship with Cassady is much more ambiguous, and is alluded to beautifully in Salles’ film in a number of scenes, such as an early encounter between the two where Moriarty virtually seduces Paradise while begging him to teach him how to write.

As another early member of the Beat circle, Lucien Carr said, ‘Every person who came along was someone for Kerouac to love’. Clearly Kerouac was smitten by Cassady, making him the hero of another book, Visions of Cody, as well as On the Road. But were the two men ever lovers in real life, or was their relationship simply a particularly intense friendship – what today we might call a bromance?

Certainly Kerouac was no stranger to the occasional same-sex encounter, according to Allen Ginsberg in a 1972 interview in the magazine Gay Sunshine:

‘I came out of the closet in Columbia in 1946. The first person I told about it was Kerouac, cause I was in love with him … And actually we wound up sleeping together maybe within a year, a couple of times. I blew him, I guess. He once blew me, years later. It was sort of sweet, peaceful.’

Cassady himself was frank about his sexuality, as his letter to Ginsberg dated April 10, 1947, makes plain:

‘I’m on a spree tonight, I’ll tell you exactly what I want, giving no thought to you, or any respect or consideration to your feelings …I can’t promise a damn thing, I know I’m bisexual, but prefer women, there’s a slimmer line than you think between my attitude towards love and yours, don’t be so concerned, it’ll fall into line. Beyond that – who knows? Let’s try it and see, huh?’

But for Kerouac – poor, Catholic-guilt laden Kerouac – his same-sex attraction was a matter of personal shame.

‘As a homophobic homoerotic, he denied enjoying sex with men, but continued to have it,’ Kerouac’s editor turned biographer Ellis Amburn wrote in Subterranean Kerouac: The Hidden Life of Jack Kerouac. ‘The cost of living so dishonestly was ever-increasing amounts of alcohol and drugs.’

In a short scene late in Salles’ film, Sal Paradise spies on Dean Moriarty screwing a businessman (played by Steve Buscemi) who they’ve just met on the road. It was a purely financial transaction, Moriarty explains afterwards to a sulking Paradise; a brief return to his hustling days driven entirely by economic need. Paradise doesn’t reply; clearly his sensibilities are offended by what he’s just witnessed – or is he, perhaps, jealous?

Seen through modern eyes, Kerouac’s hero worship of Cassady seems suspiciously close to sublimated desire for the younger man; a desire that resulted in one of the most significant books of the 20th century.

We may never know if Kerouac and Cassady were ever lovers in the physical sense of the word, but the facts of their passionate friendship are undeniable.

Inspired by his love for Cassady, Kerouac created what US academic Joshua Kupetz calls ‘a new American prose form’; a literature that abandoned the traditional narrative structure of the European novel; a book which changed lives.

As a monument to Jack and Neal’s friendship, that’s one hell of a legacy.

Walter Salles’ On the Road opens nationally on Thursday 27 September.
This article originally published on the Gay News Network on Tues 25 Sept 2012.


Posted by richardwatts at 12:24 pm No comments: